Not Your Grandfather’s Shop Floor

I want to share a great piece by Vinnie Mirchandani, who has been called the “King Of Wow” for his keen eye for technology-enabled innovation. Download the full report here.

Every January, a group of global movers and shakers—politicians, business executives, academics and celebrities—descend on the exclusive Swiss ski resort of Davos Klosters to be part of the annual meeting of the World Economic Forum (WEF) with the humble goal to make the “world a better place”, The agenda this year was “Mastering the Fourth Industrial Revolution”. The first three revolutions came with introductions of mechanization, electricity and IT—today, Big Data, the Internet of Things, robotics and other technologies are allowing for another revolution.

The WEF is usually ahead of the curve when it comes to such thinking. In this case, however, its cue came from a concept called “Industrie 4.0”, which Germany’s industrial base has been pioneering for a few years and is now becoming a theme across the world. China is looking way past Industrie 4.0 as it plans for future manufacturing with its “Made in China 2025” initiative. In the US, the conglomerate GE has generated excitement with its ambitious initiative called the “Industrial Internet”. Workers at airport hangars, wind turbine farms, hospitals, and many other settings are seeing the growing impact of smarter GE machines that generate loads of data used for optimized operations and predictive maintenance. Japan continues to innovate with 5S lean manufacturing and other methodologies. The bottom line—the world of manufacturing is evolving at warp speed, and an industry that was supposedly dying as the world moved toward services is back with a vengeance.

Most NetSuite manufacturing customers have implemented their ERP system in the last five years; this customer base allows for a look at the trends among modern smart manufacturers. Here are some of the changes in the last few years:

Most cars today have millions of lines of software code and hundreds of sensors and even the modern locomotive has been called a “rolling data center”. Even humble products are becoming “smarter” in the world of Bluetooth and mobile apps. As a result, the Bill of Material in every industry is increasingly influenced by Silicon Valley trends.

The shop floor is much cleaner and quieter

Forget the grimy, noisy shop floor of old. Many of today’s shop floors look like spotless hospitals. Operators walk around with hats and gloves. Not as a fashion statement, the headgear has smart goggles and the gloves have sensors to keep up with a new generation of robots.

Manufacturing is customized and closer to the customer

The Ford Model T came in one color—black. Modern cars come in a dizzying variety of colors and offer all kinds of options. The modern manufacturer utilizes concepts such as mass customization and small batch manufacturing to give the customer exactly what they want. They also aim to manufacture these products as close to the customer as possible. As middle classes grow around the world, the geographic landscape of manufacturing is changing to get closer to them.

There is much more outsourcing in manufacturing

Contract manufacturers like Foxconn and Flextronics make products for a wide variety of consumer electronics, from Apple computers to Medtronics medical devices. The advantages of outsourcing manufacturing stems from the concept of economies of scale. Larger contract manufacturers invest in the necessary plant equipment and can operate at a scale few of their customers can.

These are just a few of the many changes in modern manufacturing. As the world of manufacturing speeds ahead toward the Fourth Industrial Revolution, legacy MRP simply will not cut it. As shown in BigBelly Solar, Shaw Industries, and Epec Engineered Products, modern manufacturers in our fast paced, high-tech world need a nimble, high-tech business system to match.

Is your company ready for the Fourth Industrial Revolution? Download the full paper “Not Your Grandfather’s Shop Floor” and learn more about how NetSuite can help poise your manufacturing business for success here .

We’ve all had discussions where a SME  decides to to throw acronyms to speed up discussions: “My PMO says that the BRD for the CRM will be delivered… 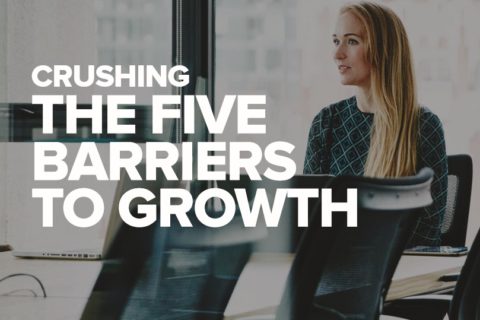